Project of mother and child well being – Kenya Samburu

Samburu County is part of Arid and Semi-Arid Lands (ASAL) in Kenya, distinguished by a mainly rural popolation (78%) devoted to pastoralism and limited farming activities. Intervention area involves poverty level up to 77% (Kenya Bureau of Statistics, 2014), especially caused by rain shortage and irregularity, between 200 and 500 mm yearly.

In 2017 kenian government has declared a drough alert, after 2 years of missing rain, whilst in 2018 a new emergency occured, this time linked to flood that hit the country between April and May 2018 causing great demages throughout the country.

Studies on climatic system in the last 10 years (US Geological Survey and USAID) underline the raising seasonal irregolarity and the increasing extreme values of drough and flood, along with a progressive growth of medium temperatures.

The recurrent drought represents the main challenge for food security and socio-economic development of the area, with a direct influence on agricultural production (damages for 12 billion dollars from 2008 to 2011 in Kenya, Republic of Kenya, Post disaster DiseaseAssessment, 2012), the migration of populations towards the cities, the depletion of the ecosystem and the risks of malnutrition.
In reference to the last point, the most recent findings of NDMA (National Drought Management Authority) report a critical situation in Samburu County: the Global rate of Acute Malnutrition – GAM in children under 5 years is 19.5% and 29, 3% of children are considered to be at risk for major medical conditions.
Similarly, maternal malnutrition rates are high and micronutrient deficiencies with high levels of iron anemia are widespread. 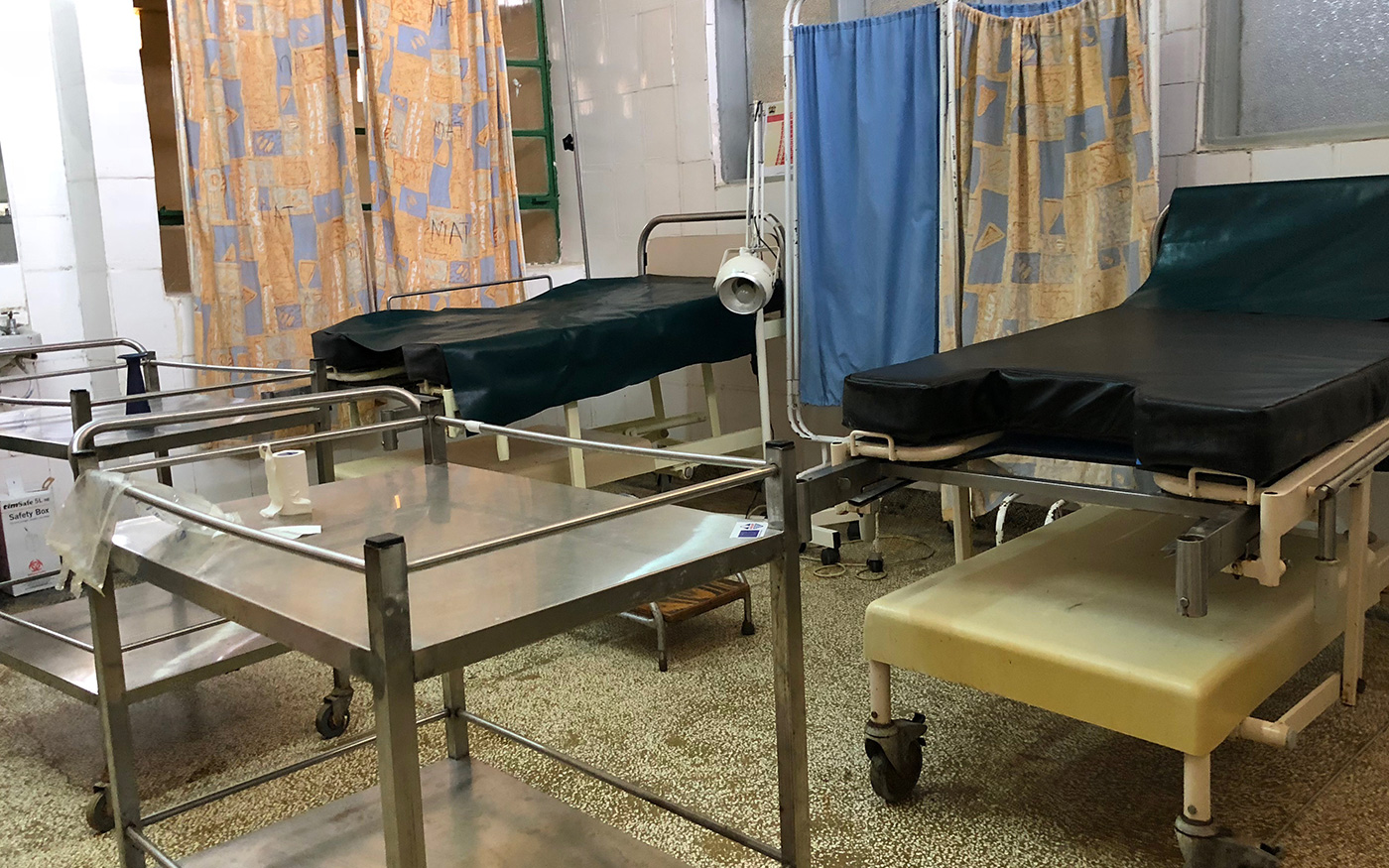 Joint causes of this alarming framework for health and human development are: i) widespread and critically increasing food insecurity (about 15% of the population reports sub-optimal food consumption levels) due to the limited products generated by pastoralism and agriculture and the poor exploitation of NTFP (Non-Timber ForestProducts), such as honey; ii) diet poverty in quantitative and qualitative terms, based on rice/corn, milk and some legumes, with limited consumption of fruit and vegetables; iii) high prevalence of diseases and zoonoses (40% of children report a disease in the previous 2 weeks) and limited access to adequate health interventions (supplemental iron and folin intake during pregnancy and vitamin A are at sub-optimal levels); iv) access and correct use of water and sanitation services still inadequate (depending on the areas only 20-40% of the population has correct hand washing practices).

Specific object: To increase and enhance heathcare services quality in Samburu through the reinforcement of the maternity care unit and the delivery room of Maralal in Samburu.

Maternal and child health is one of the areas in which the inequalities between rich and poor are among the widest, and in Samburu represents a real emergency.Over 500,000 women in developing countries die each year, during pregnancy or while delivering their baby. Despite substantial progress in achieving the goal of reducing children mortality under the age of five, reducing maternal mortality rates by making access to reproductive health systems possible to the population remains one of the main problems in Samburu.

Same can be told about minor health, where 29,3% of children under 5 is considered to be at risk for malnutrition and medical pathologies.

In Samburu only 37% of women (out of a population of 200,000) give birth in health facilities (central or peripheral). Every year many women die in childbirth or in the immediately following days; many of these deaths would easily be prevented with accessibile health care, proper medical tools and adequate information. 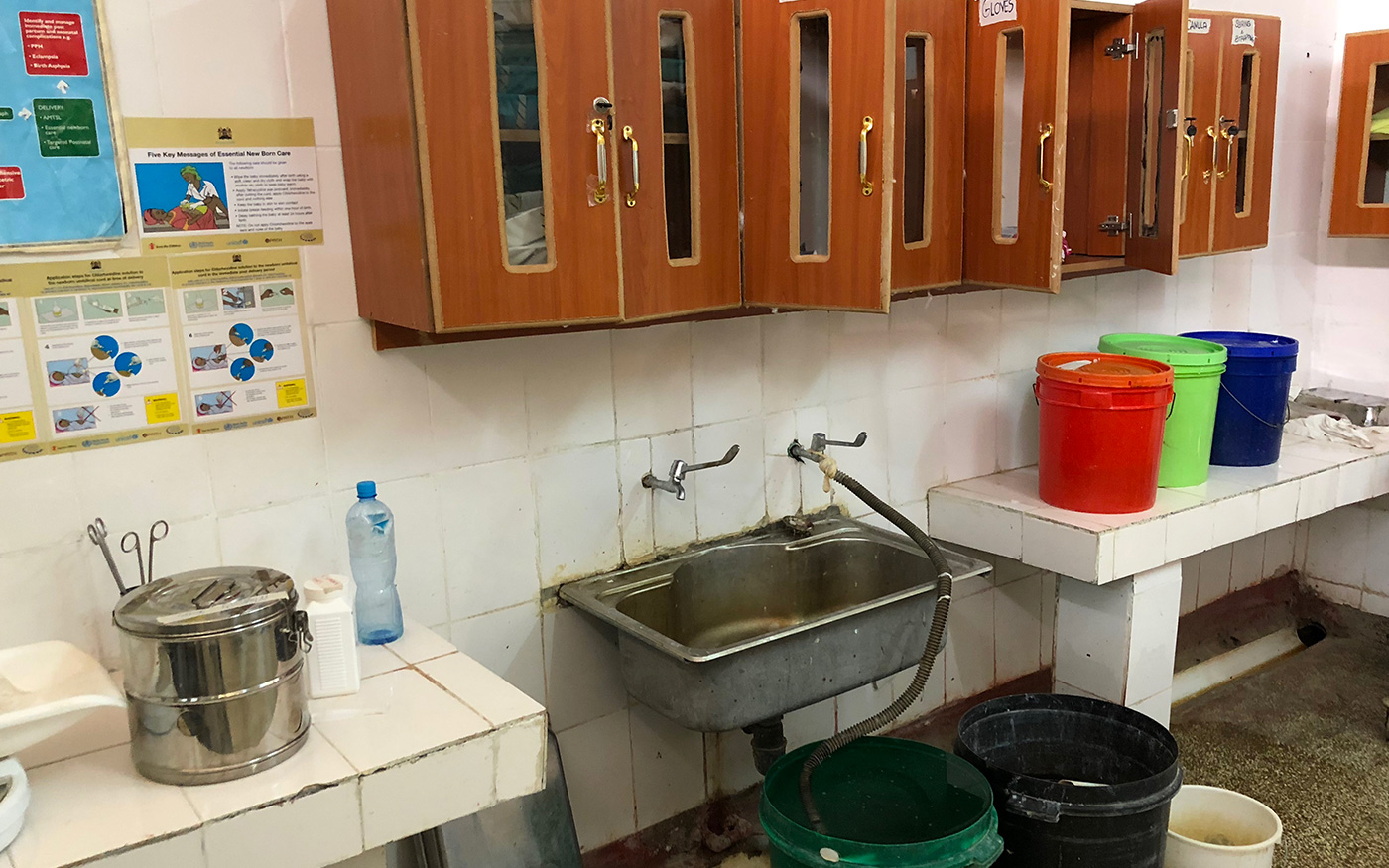 Giving birth in Samburu is not simple as women live far away from hospitals, because hospitals are few, and in Maralal there is only one level III medical center not equipped and with few doctors and nurses.

Central hospital in Maralal guarantees 120 child births per month (with peaks of 20 deliveries per day) with a staff made of 14 operators between nurses and midwives and a capacity of 18 beds.

There is also lack of information on the importance of giving birth in medical centers, so many women still prefer to be assisted by other women from the village.
Many of these deaths can be avoided by guaranteeing every woman proper health care.

In line with the aim of reducing mortality of children under the age of five and maternal mortality rate making access to reproductive health systems possible for the district population, FADV has launched in the area of Maralal in Kenya an important project of child and maternal protection, with the aim to save at least 1000 children and mothers lives.

Specifically, the following equipments are provided for delivery room and maternity:

Currently in the Maralal Maternity Unit there are three worn beds, rusty and not decomposable. As a result, they are impossible to get cleaned thoroughly after each birth with the increasing risk of infections transmission; moreover they are not functional for taking alternative positions during the delivery which help and prevent the risk of wounds and prolonged expulsive periods. 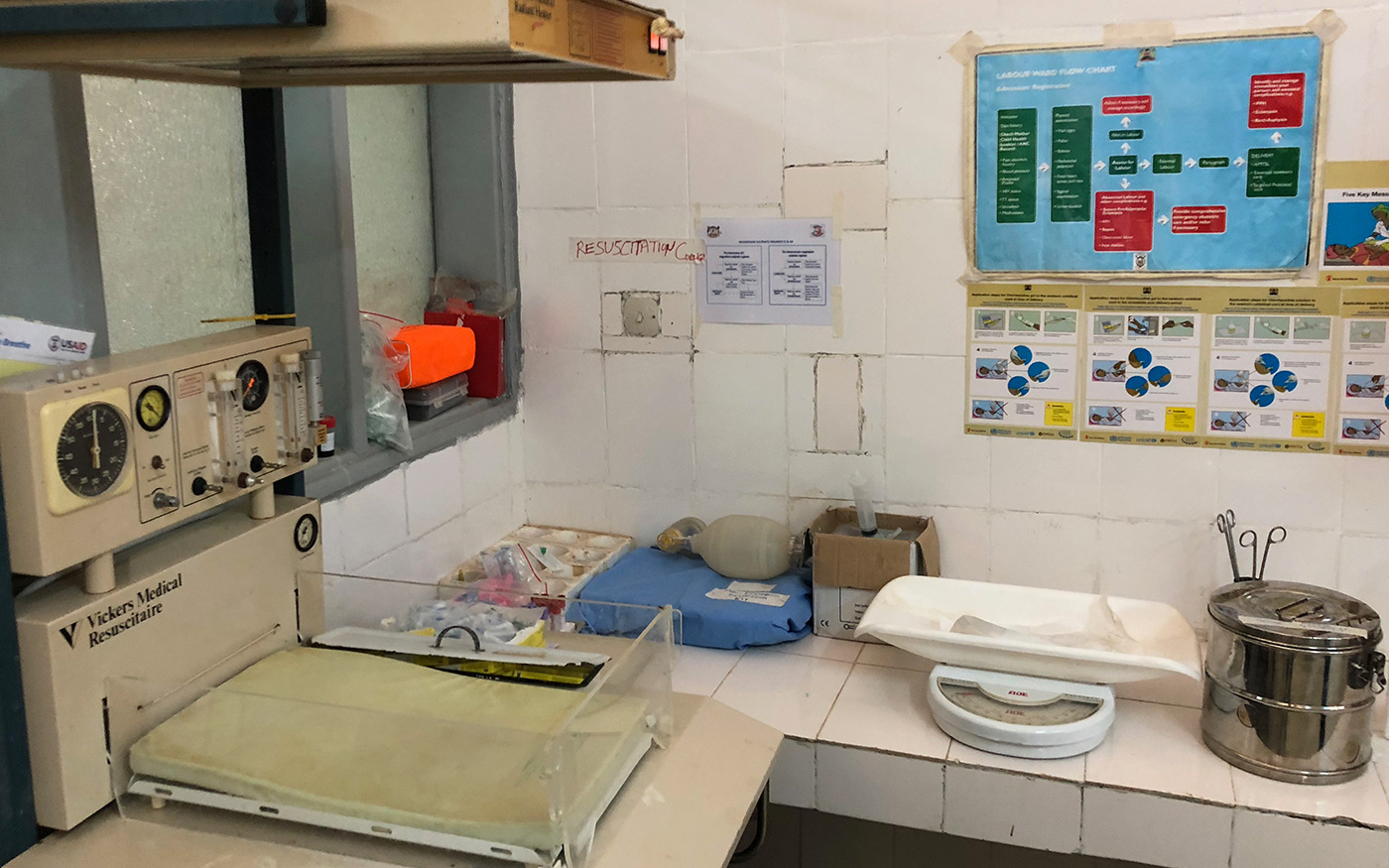 The purchase of a birth bed will introduce new safeguards and the introduction of a better delivery assistance will have a positive impact on the increasing number of women who will give birth in the health facility.

Essential to create two distinct spaces and guarantee each patient his own privacy. It has already been done for the department where each bed becomes a separate module, and it is important to do the same in the delivery room, that currently still remains a single room with a great deal of people passing through.

At the moment each patient lies directly on the “machintosh” (a plastic sheet that covers the delivery mattress) which is “cleaned” with water and disinfectant (when available). As for the newborns, they are wrapped in the dirtiest chuka (Samburu blankets) that very often relatives remove straight away.

It is essential to have these two very simple tools to guarantee a minimum level of hygiene.

As far as this device is concerned, it is important to use it in a controlled and supervised manner especially with regards to its sterilization in order to avoid further problems such as the risk of spreading infections (i.e. hepatitis B / C, which are currently not considered in screening and examinations, and HIV).

Introducing suitable uniforms in terms of fabric and model, in two different colors and made of different fabrics so as to identify the mothers of the NBU from the other mother in the department represents a simple intervention with a great impact in terms of hygiene and education. In fact, many of these women are reluctant or anyhow unpolished to proper hygiene since very often in their birth villages water is a missing resource. 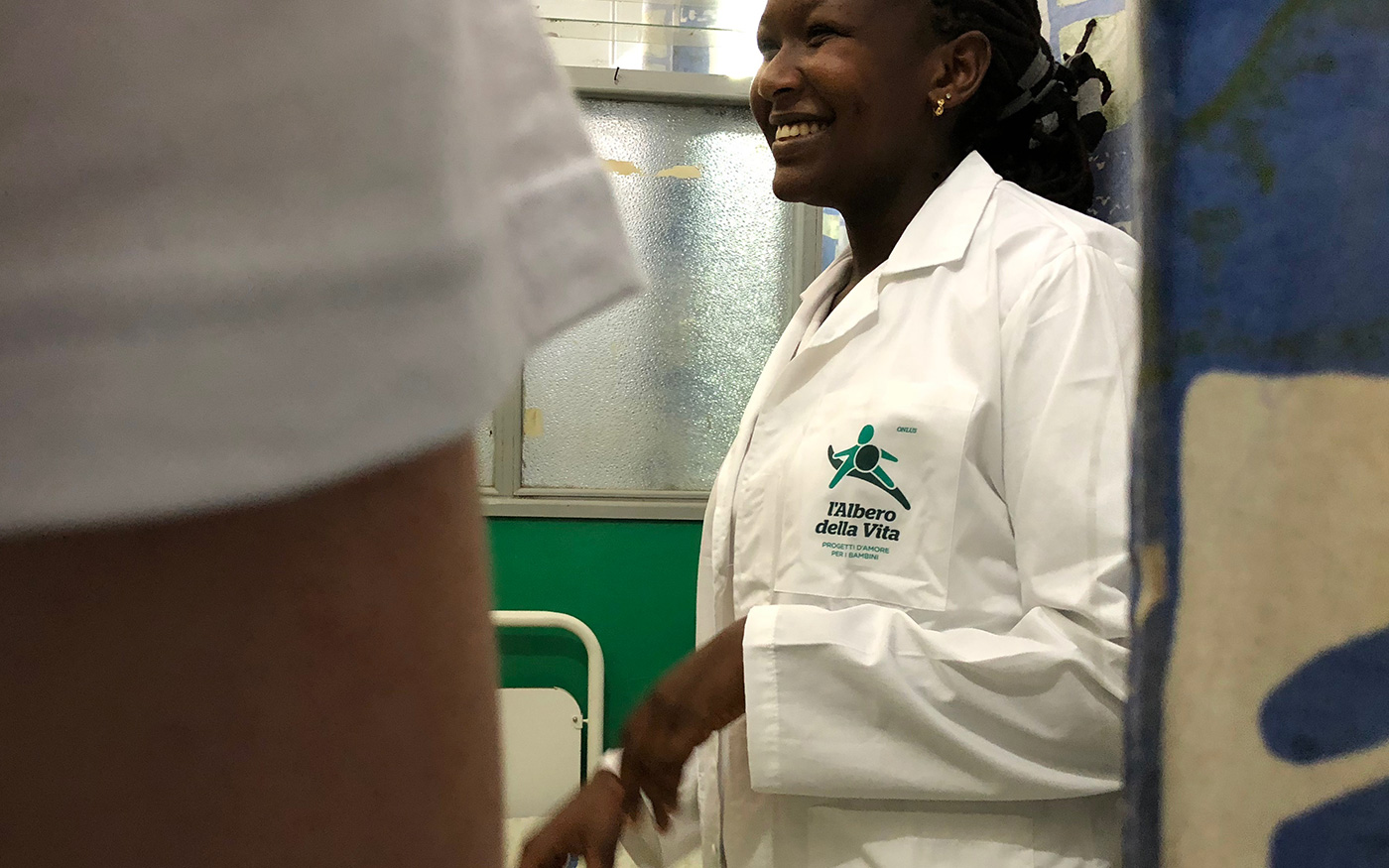 Through the purchase of these materials FADV intends to improve access to the medical facility of Maralal by spreading awareness among the population on the importance of giving birth in a equipped health facility. With this intervention it will be specifically possible to guarantee 700 women a quality assistance during pregnancy and during delivery. Thanks to the materials detailed above it will be possible to improve the condition of about 1000 children who will be able to benefit from an enhanced maternal child unit.

FADV has been present in the Samburu area since 2010 and carries out projects in the fields of education, food safety and nutrition in collaboration with local authorities.

It has already collaborated with FTC in response to the drought emergency in 2017. In the presented project FADV will have a coordinating role on health activities and will collaborate directly with Find The Cure Kenya that as a local CBO brings to the project its expertise in healthcare thanks to the presence on the Samburu territory and thanks to the good integration with the community, with the current government systems and with the entities operating in the social sphere.

Search on this site